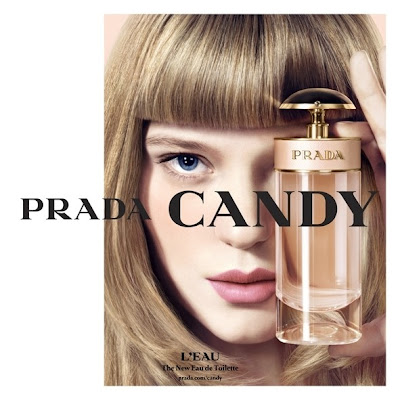 I’m a huge Roman Coppola and Wes Anderson (Darjeeling Limited, Moonrise Kingdom) fan, so when I discovered they had teamed up with PRADA to make a 3 part film for the new Candy L'Eau fragrance starring Léa Seydoux, I was trés excited!

...which one of these big haired Parisian's will she choose?

The fragrance itself is a lighter version of the original Prada Candy which is great news for me because I found it overpowering - it contains white musk, caramel, benzoin, sweet pea and citrus notes . The packaging is the same beautiful art deco bottle as its predecessor, but this time in nude and gold.

I think I’m in love with Candy L'Eau too!
From £50, available exclusively at Selfridges until April 29.